Journalists from over twenty newsagents visited the landscape of flooded terrain, authentic Posavina culture and preserved villages with famous Posavina's traditional houses, Baroque church of Sv. Anne, tasted the richness of authentic gastronomy with autochthonous wine sorto of škrlet, sailed along the Sava River, visited the unique Nature Park of Lonjsko Polje and many other interesting places. This event was organized by winery Florijanović in cooperation with DMK "Zrin" and with the leadership of promoter in tourism Željka Balja. On the Moslavina wine road between Popovača and Kutina many wine houses (klet) offer wine tasting and homemade food.

One of these places is the August winery, owned by Dijana and Marko Sušac. It is a Moslavina's čardak, a protected object of autochthonous architecture, which has been restored in collaboration with conservators. In the courtyard is a restaurant with a terrace, four double rooms, a tasting room for twenty persons and a winery featuring škrlet, pinot white and frankovka. There is a special world in Croatian which is akin to snack, but has a jolly sound of joy and sheer pleasure to eat; it is a verb čalabrcnuti. And August has a lot to čalabrcnuti: homemade baked štrukli, homemade pate, cheese and sour cream, garlic sausage (češnjovka) with pinđur (paste) made from ecologically grown vegetables, or you can relax with bacon, greaves, bean salad, horseradish sauce, everything served with corn bread or pastry with pumpkin seed oil. But the undisputed star of August is young duck with mlinci, and noodles with duck ragout.

The scenery in Moslavina is especially adorned with the tradition and folk culture. In the Ethnographic Museum and Gallery "Zorka Sever" in Popovača director Josip Đoni Kovač said among other things: "Zorka Sever was a multimedia artist, painter, ethnographer, linguist and narrator, poet and lover of her native homeland - Moslavina. Her life was largely devoted to ethnographic research, the study and collection of valuable and rare items, recording of names and forms of traditional handicrafts and the creation of their own."

Where Moslavina’s vineyard slopes stop, a large valley begins all the way to the River Sava. This is Lonjsko Polje, one of the major Croatian continental destinations. The Lonjsko polje was proclaimed the Nature Park in 1990. The area is 50 650 hectares has about 250 bird species and is also the largest hatchery in Europe. It is one of the largest protected wetland areas, not only in the Republic of Croatia, but also in the entire Danube River region. The preserved biodiversity of the habitat and the landscape of Lonjsko polje, combined with floodplain lawns, favors the growth of a significant number of plants and serves as a habitat for a large number of animal species. Especially important is a specific bird habitat, while the area is the only living example of traditional cattle breeding in Europe. In addition to the reception center in Čigoč, Krapje and Repušnici, the construction of a new reception center in Osekovo is in due progress, which will further develop the tourism in this beautiful destination.

In the central part of the Lonjsko polje, along the old riverbed of the Sava River, is Čigoč, the village with the biggest number of stork nests in Croatia. Each year in June this place marks the Day of the Storks "Štrokovo" according to the male stork that is called "štrok" in Posavina. Apart from storks, the village is well-known for preserved traditional Posavina houses, monuments of Croatian traditional heritage, and in one such place is the tourist-catering facility "Tradicije-Čigoč" owned by the family Barić. "The wooden house was in the neighboring village and was in a very poor condition. The idea was to move the house to the village of Čigoč, to preserve it from further decay and to transform it into tourist purposes. The move to resettle began in 2006 under the terms of the conservation department of the Ministry of Culture and with the support of the Dutch government," said owner Mladen Barić and offered "Čigočice" cakes, fish paprikaš (hot fish stew), carp and perch, eveerything superbly blended with Škrlet 2017 of winery Florijanović. This wine is bright yellow and low in alcohol, rich in floral aromas of acacia and linden, that blend well with white fish, chicken and pasta dishes with lighter sauces.

In Mužilovčica, a village of swallows, is the rural tourism Ravlić, settled in the heart of the Nature park Lonjsko polje. Mrs Zlatica Ravlić, the owner of the place, among others, said. "We are proud of our family story and tourist service in a rarely preserved traditional yard, which is listed on the Croatian Cultural Heritage List. On our estate a rich ethnological collection is exposed and it is located in a wooden house called "korablja". In particular we emphasize our unique collection of old bells. Our rich gastronomic offer is made up of traditional dishes and every guest is led through the history of forgotten flavours, while the appearance of our plates is a paradise for the eyes and for the palate.“ said the owner Zlatica Ravlić.

Village Lonja is a medium-sized village in the Lonjsko Polje Nature Park. It is located in the place of the former Stara Lonja estaury in Sava, along the Sisak - Jasenovac road that follows the river flow. Ethno Village Stara Lonja is located in the village of Lonja. Hosts Igor and Mladen Bojanić say: "Our property is 100-300 years old. A small house on the estate dates from 1709. We've been receiving guests for tourism for eight years, while we've been restoring the estate for seven years. In addition to accommodation and food services for visitors of all age groups, we also offer the possibility to go on a variety of excursions such as fishing tourism, canoe safari, cycling, boat trips and more. The specialty of the house that we like to recommend to our guests is the perch in the wine, served with cream and vegetables.” In the village of Lonja there is another green and picturesque estate, Pansion Tišina (meaning Silence), owned by Ilija Božić. It is a rural estate with nine accommodation units and a total of 18 beds and a restaurant with 40 seats and a campsite with seven seats.

Krapje, a village of architectural heritage, where 80 renovated houses more than a hundred years old, whose material is kalana or tesana, became the European monument of cultural heritage of A-category. In Krapje, there is also an ornithological reserve of Krapji đol. It is the oldest river sleeve of Sava, which is used for the hedge trinkets and several species of herds protected as an ornithological reserve.

In Jasenovac, at the entrance to the Nature Park of Lonjsko polje, there is a long tradition of preparation of river fish in the restaurant „Kod ribiča“ (meaning At Fisherman's). In addition to perch, pike, catfish and carp, meat dishes (veal, beef, pork, turkey, chicken, lamb and rabbit) are also offered. In addition to the restaurant offer, there are 12 rooms for resting. They also organize for tourists a panoramic ride by boat "Katarina 1" on the river Sava until the mouth of Una. During the sailing on this big Croatian river, we tried the winning labels of Florijanović, awarded at domestic and foreign competitions: Škrlet 2017, Škrlet Selection 2017, 2016, 2015, Frankovka 2017, Cabernet Sauvignon 2013 and Chardonnay 2007.

Eco-ethno village Strug is in the village of Plesmo in the heart of Posavina lies on the small river Strug. Its owner Hrvoje Mlinarević explains: "You are on a property that with its beauty exceeds all the expectations of modern tourists. This is an ideal oasis for all guests looking for peace, silence and natural beauty. The undisturbed coast of Strug and Posavina's village culture is supplemented with renewed autochthonous Posavian oak houses. On our estate we have 20 rooms, six double rooms and two two-bedroom apartments decorated in an ethnic style and a combination of modern technology and a swimming pool. In the 80-seat restaurant and 40-seat barbecues, we offer specially Posavina food and Moslavina wine." 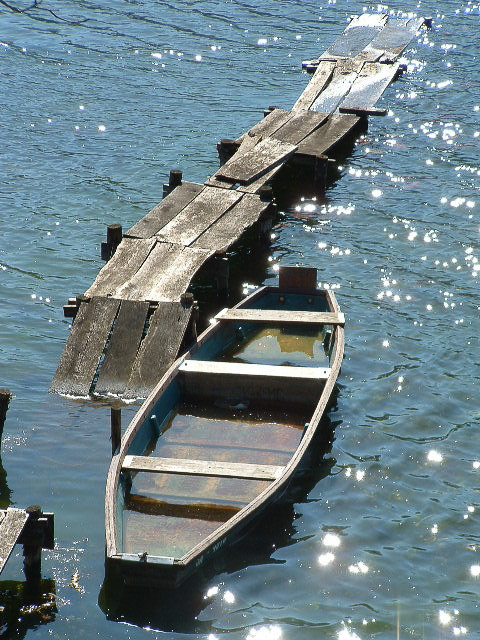 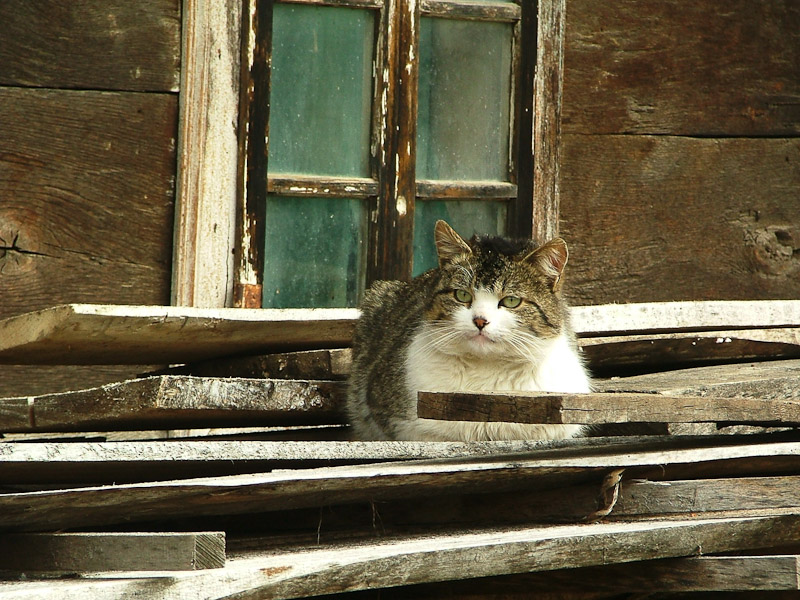 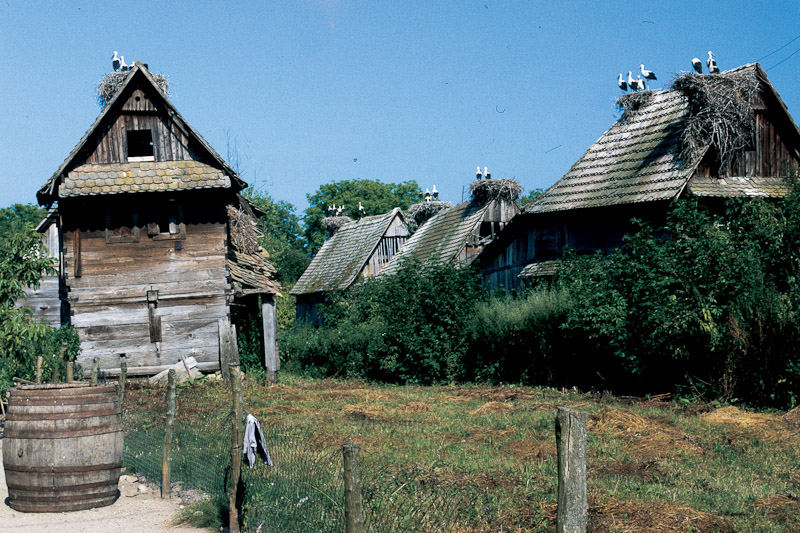 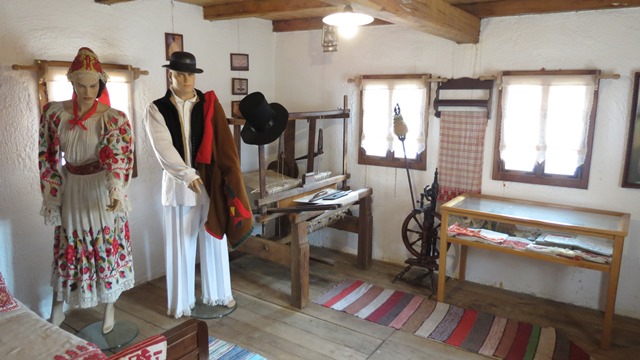 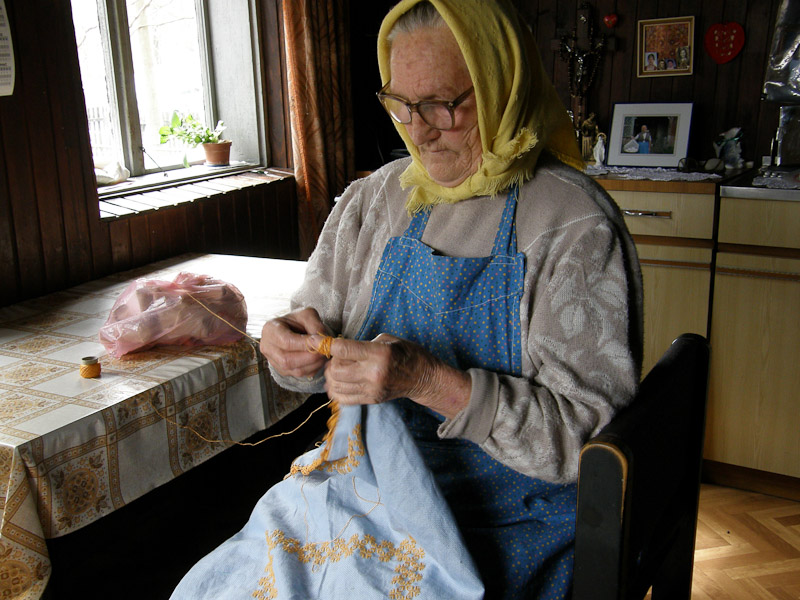 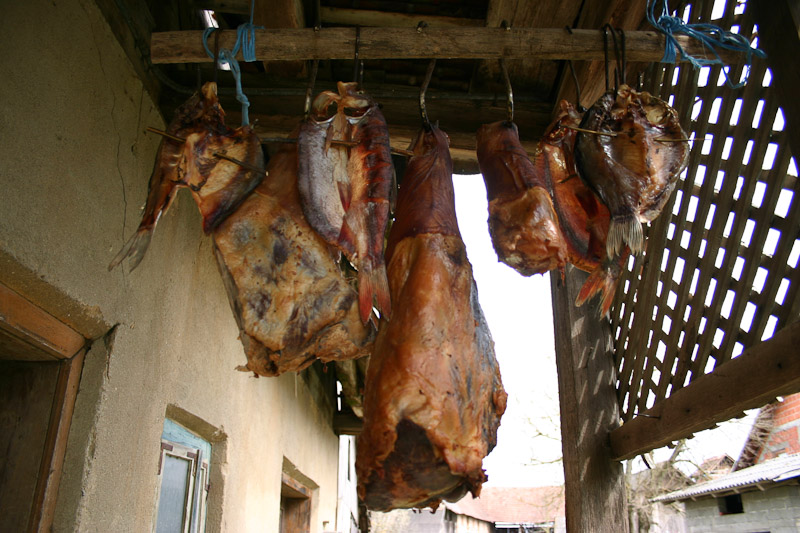 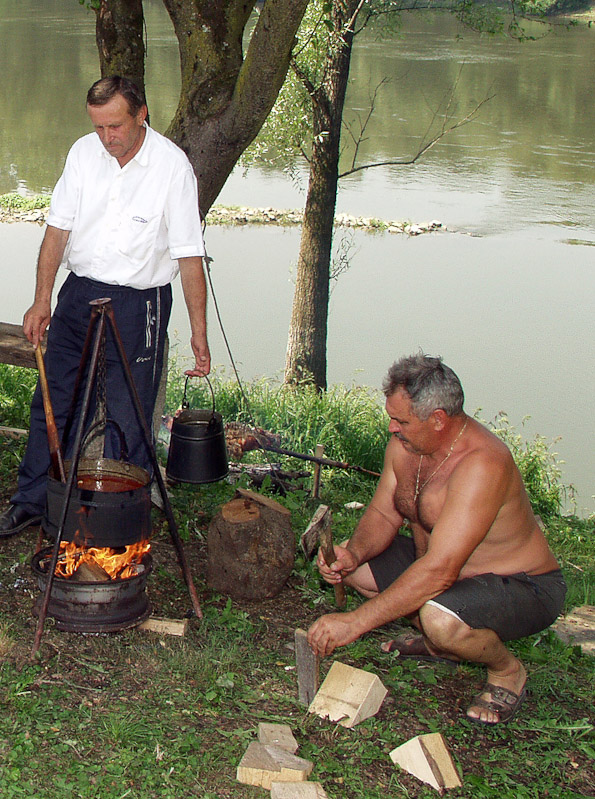 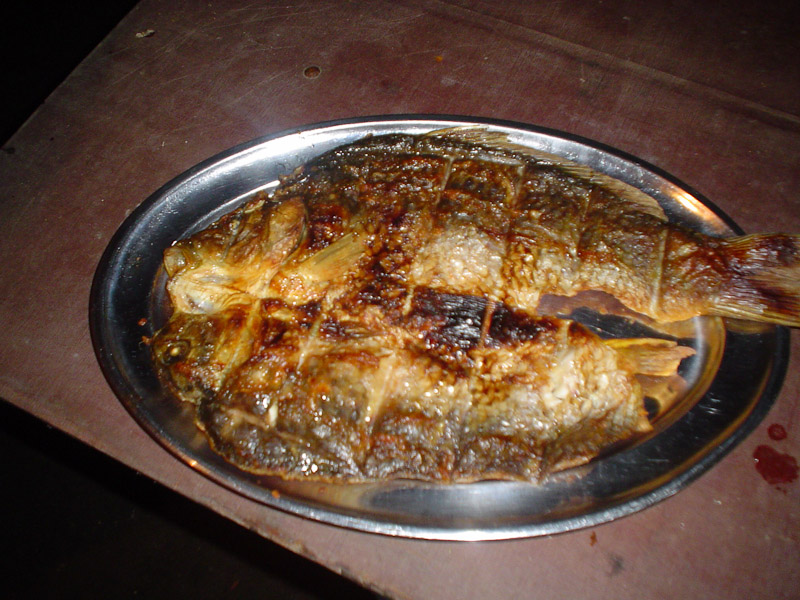 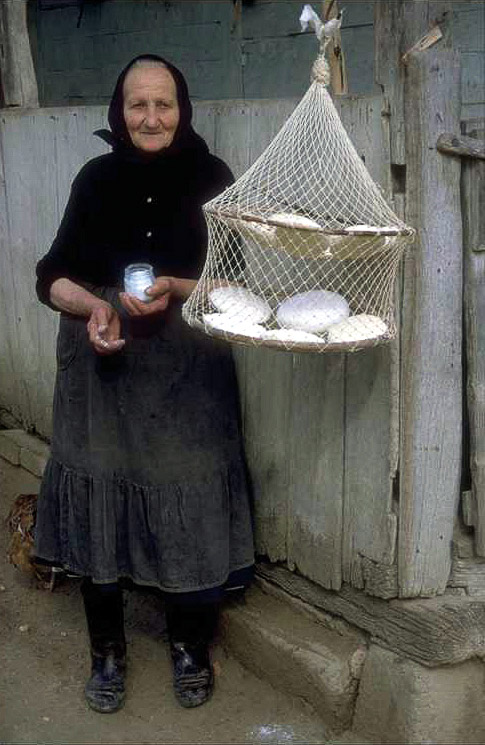 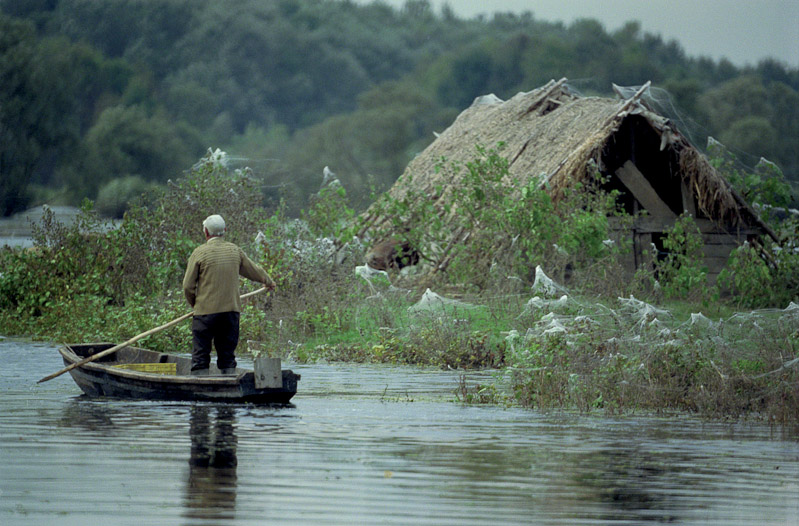 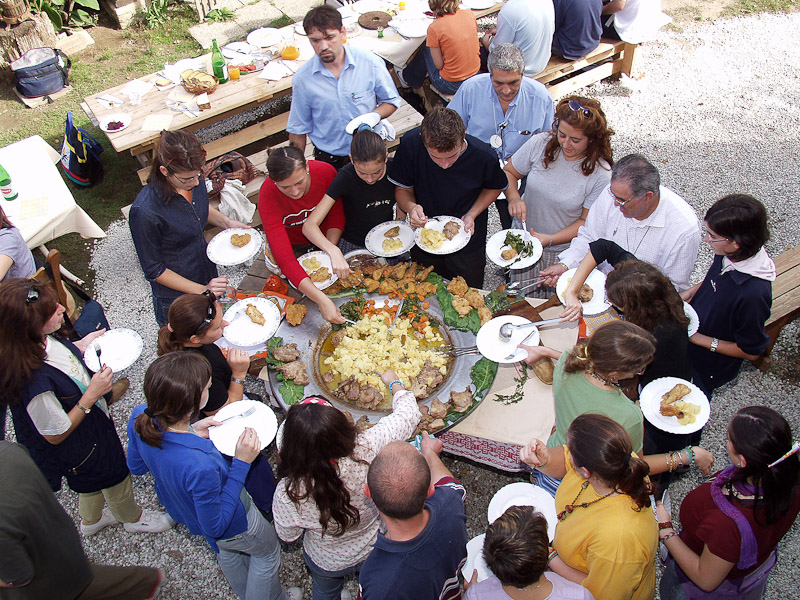 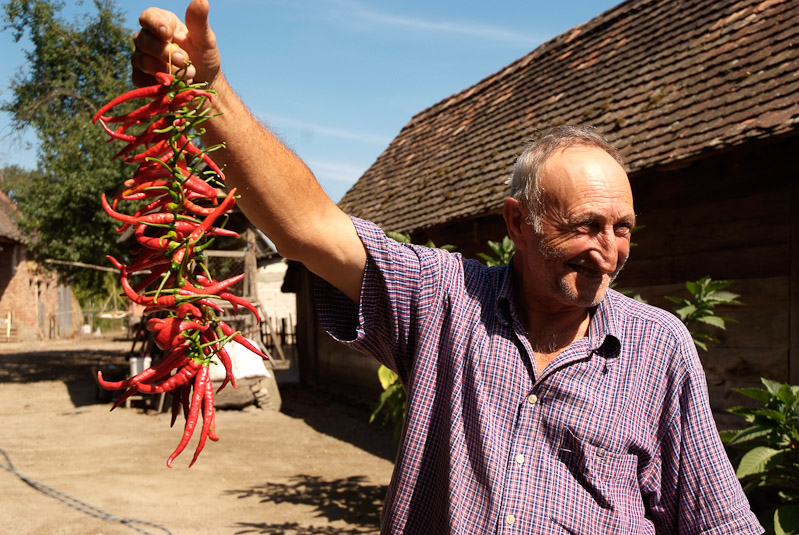 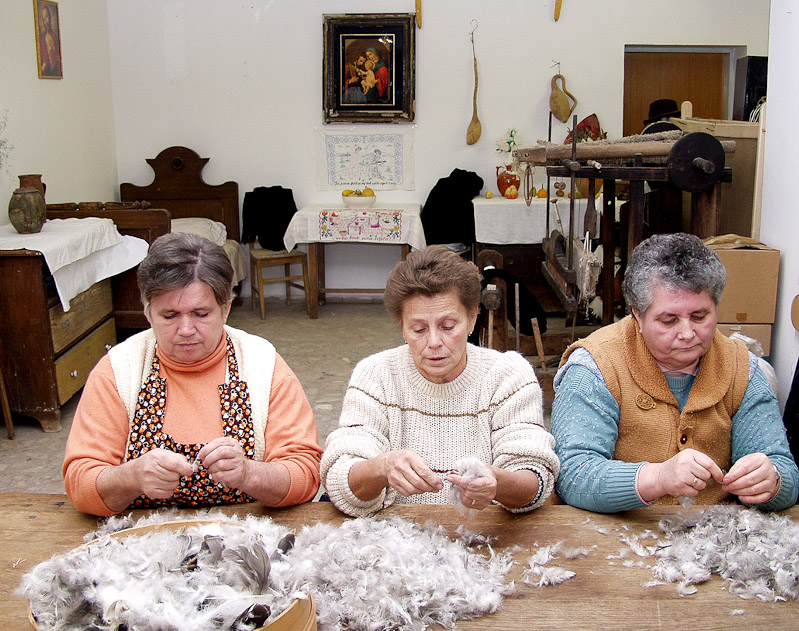 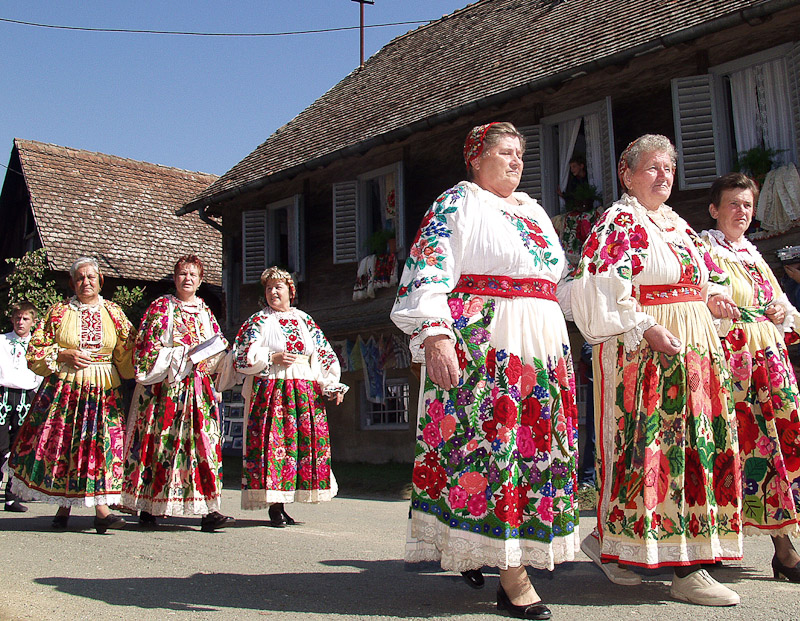 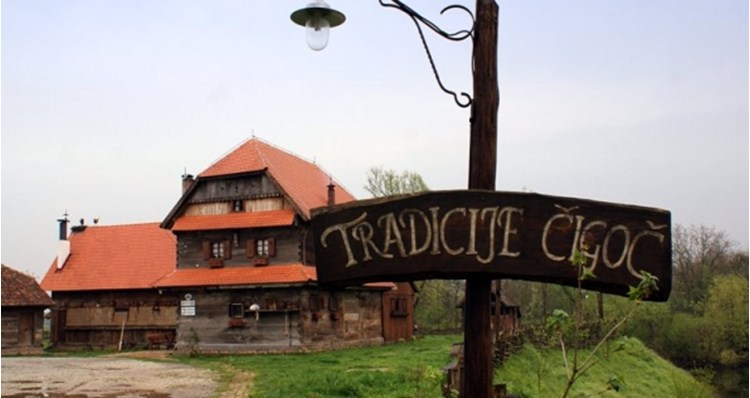 Belje Wines from Baranja - the Mother of Wine