The centre of Gacka Valley is Town of Otočac, a small urban centre with lots of history. The famous Baška Tablet from 12th century says that the church of Saint Nicholas in Otočac was part of the order community with the Church of Saint Lucy in Jurandvor on the island of Krk. Later this was the land of the Templar Order, followed by the Croatian noble family Frankopan.

In the Museum of Gacka, the town museum of Otočac, we are told the first settlement with a defence tower was built at a bend in the river Gacka, protected by a towered fort. This castle in ruins is still visible standing above the town (Fortica). The path we took led us through cultivated forest to the place where Illyrian tribe Iapydes lived in the antiquity. 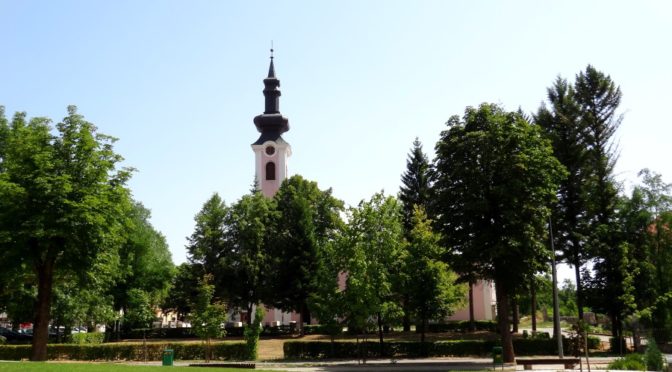 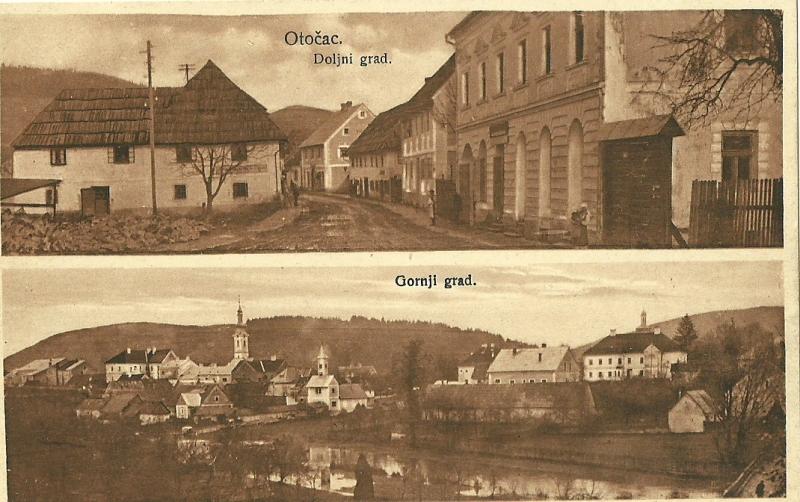 Even if you are not particularly fascinated with ruins, this romantic spot gives you also a beautiful view on the town centre, recognisable by the tower of the Holy Trinity Church, in front of which is Gacka Park of Croatian Memory, a unique travel through time from the first Croatian Dukes to the present.

Be sure to visit the Gacka Museum, and its permanent exhibition showing the natural and cultural heritage of Gacka Valley. Its archaeological collection presents the culture of Iapydes, formed together with the Archaeological Museum in Zagreb, famous also for the Iapydes cap, an ancestor of today famous Lika cap. You may also see the Memorial collection of painter Stojan Aralica, Historical Collection, Artistic Collection, Homeland War Collection, but we were mostly astonished by the Ethnographic collection, presenting the traditional life of Gacka.

Some hundred exhibits made from wood, textile, cotton, ceramics, and metal show the traditional Lika household in three separate ambient rooms. The first is kolnica, a space in the ground floor, once used to keep the carriage and some agricultural tools such as scythe.

The First House (Prva kuća) was the main part of the old household, with fireplace where cooking was made and where people gathered to eat. It was situated together with a sleeping room on the upper floor, accessible by ganak (wooden porch), while the ground floor consisted of stable and cellar. Here visitors can see the wooden tables and chairs, and kitchen utensils. Next to the kitchen is sleeping room, consisting of large bed, weaving tools, and chest, where all the family valuables were kept.

Here we learn more about the Lika cuisine and many almost forgotten meals. Additionally, Traditional Craft Centre gives us valuable information on Gacka and Lika foods. Traditional food of Lika and Gacka has always been simple and adapted to the foods seasonally available. 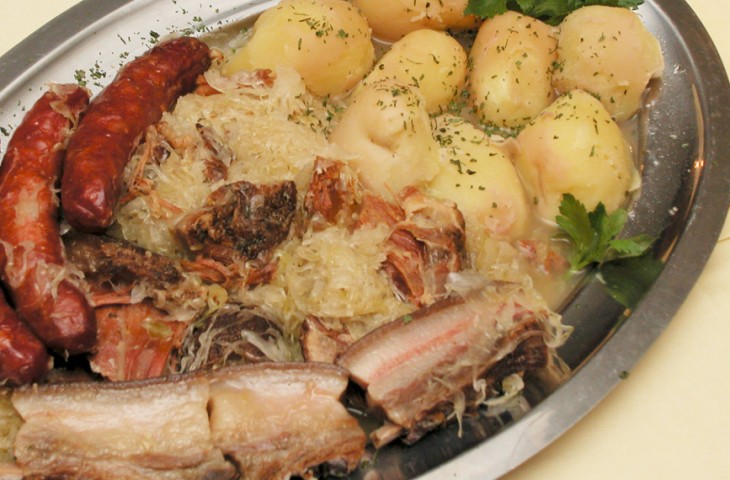 Meat was, mostly, less represented on the tables because of poverty and deprivation, especially in rural areas. For isolated mountain villages, the residents themselves produced food and conserved it for the long Lika winters. Foodstuffs were basic, potatoes, cabbage, cereals, milk and dairy products, meat and poultry, sheep and pigs. People of Lika knew the nutritional value of foods, vitamins, minerals and fiber, especially those who were preparing for winter. Traditional food even today forms the basis of the famous Lika cuisine.

The best known and most requested dishes of Lika and Gacka are still cabbage and meat, Lika halves of potatoes »pole« with bacon, polenta and sour milk, Lika lamb, grilled or smoked trout and apple strudel. Traditional dishes of Lika and Gacka are characterized by the changing seasons. The winter diet is mainly based on potato halves with dried meat, cooked sauerkraut and smoked meat and fried cabbage with polenta. In winter they eat mostly meat and dried fruit because the inhabitants of Lika kept food from spoiling with smoking and drying naturally.

Spring was the worst season for residents of this area because, due to the long winter, vegetables were planted later and attics were emptied, there was a little dried meat and it was kept only for meals after hard labour. The spring diet was dominated by pasta and dishes with less fat, cabbage, potatoes, soups, poultry, cheese and other dairy products. The most common dishes are spring »roux« soup, macaroni and cheese, beans and cabbage, potatoes, or barley, domestic chicken soup, meat and gravy of domestic onions and sour radicchio: young dandelion leaves and boiled potatoes, topped with buttermilk.

Foods that were eaten during the summer months were light with plenty of fruits and vegetables, with lamb or poultry for meat dishes. The first vegetables to ripen in Lika in early summer were green onions, lettuce, and sorrel leaves and nettles. Vegetables are prepared in various ways, mostly in the form of stews or cooked with potatoes or eggs. Meat was mainly prepared as paprikash with potatoes, cabbage and green beans. People of Lika have always been specialists in medicinal and aromatic plants, and have gathered a variety of fruits and leaves in the summer, which were dried and prepared for winter.

Autumn food was rich in grains, fruits and vegetables. In addition to paprikash and goulash, the majority of food was conserved for the winter. Grain was sorted and stored in ambars (wooden chests), fruits were dried, jams were baked, legumes and root vegetables were conserved for winter. In the fall, mutton with young cabbage was mostly prepared. Characteristic autumn meals are bravina, sheep meat cooked with young potatoes and cabbage, and plum dumplings. Some dishes are prepared throughout the year, such as masnica, typical cake of Gacka Valley, polenta or pasta with cheese and cabbage, both fresh and sauerkraut. 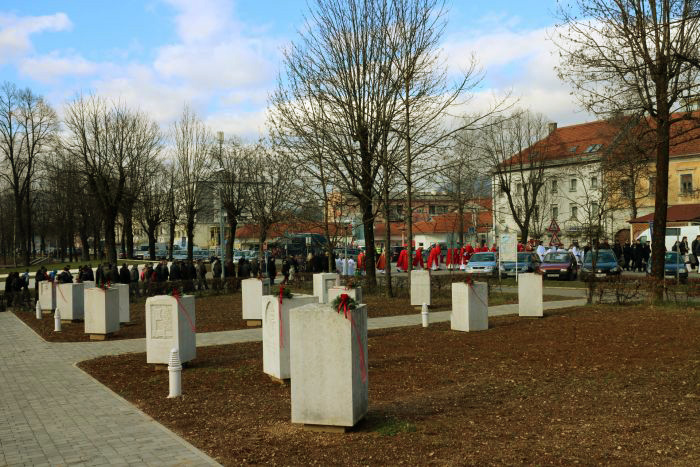 Lika is famous for its rakija (brandy) but also beer, and Otočac once had one of the earliest breweries in the region.

Find out more about Otočac and the destinations in Gacka by visiting the webpage of Tourist Office of Town of Otočac:

The Tourist Office of Otočac kindly provided us with accommodation in the Hotel Zvonimir. Part of the text is used from the Traditional Craft Centre.

In Kabola happy with eco Harvest