The region of Zagorska sela is more hilly, with gentle slopes descending down to the Sutla River. This is area without big urban centres and small villages, characterised by numerous little chapels on hilltops, rolling green hills, and manors. Main sight of area is the Miljana Castle, one of the most beautiful and picturesque castles in Zagorje. Built in late 16th century, it was hundreds of years property of Rattkay Family, and after the last Rattkay died it had several owners. Today, the castle is owned by family Kamenski, who restored it to its past glory with breathtaking interior and appealing courtyard and vast park around the castle.

Many churches and chapels adorn the landscape. The biggest is the church of Saint Catherine in Zagorska sela, built in 1691 and refurbished in mid 19th century. It is a vast baroque sacral building on place of even older church property. The patron, Saint Catherine of Alexandria, is celebrated every November 25th, in a popular folk festival. 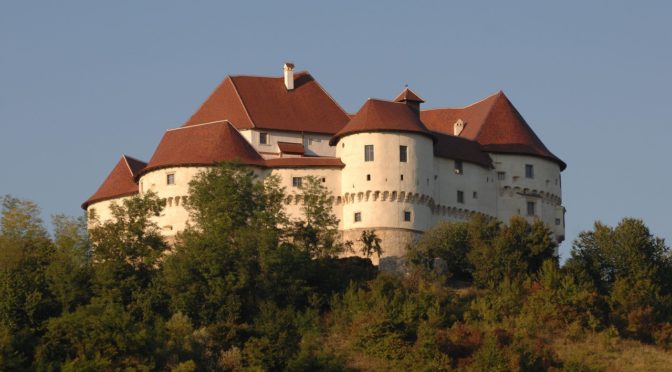 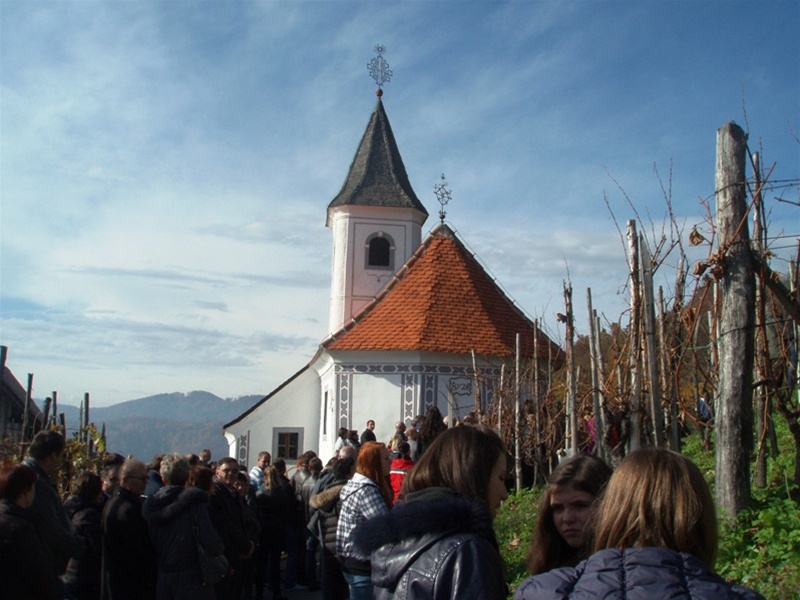 Apart from it, fans of sacral architecture will enjoy visit to the Chapel of Saint John the Apostle in Ivanić Miljanski, a gothic church with valuable frescos and with a breathtaking view. In Bojačno is the Chapel of Saint Martin, situated on a hill above Sutla Valley from 17th century. And in Sutlanska Poljana is a beautiful Chapel of Saint Anne, built in late Baroque time. In vicinity is also agritourism Masnec, which we visited.

In the area is another nice rural tourism Šumak, next to the Sutla River and in vicinity of border crossing to Slovenia. Specialised for traditional Zagorje cuisine, this is also a very good place to sleep over. 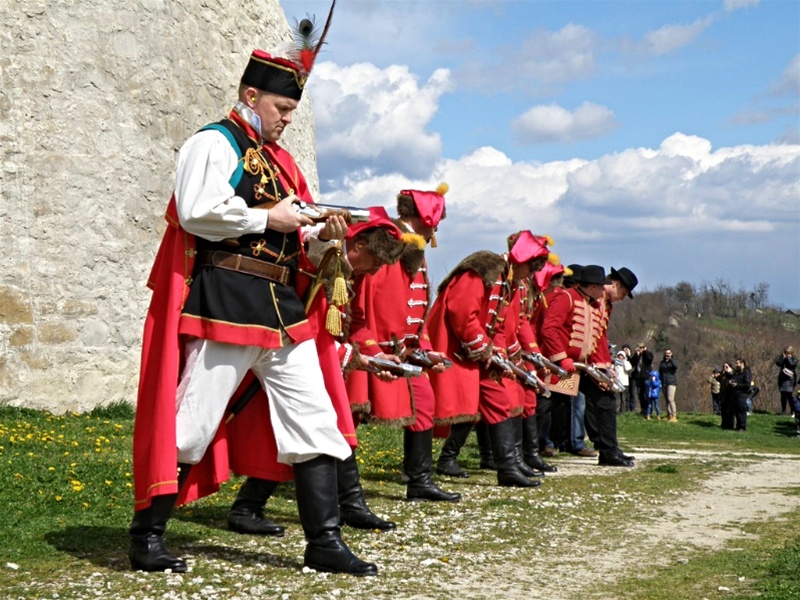 Last place to visit on our tour through Sutla Valley is Desinić. It is an old place, mentioned already in 1334 as a parish of Saint George of Sutla. The place is thought to be settled in most beautiful area of Croatian Zagorje. Desinić poet Đuro Prejac says in one of his poem “My house stands in blue vine, you cannot see it from the green hills” (Vu plavem trnaci mi hiža stoji, od zelenih bregov je videti ni…).

Above Desinić stands one of the most recognisable sights of Zagorje and indeed whole Croatia – Castle of Veliki Tabor. Situated at the top of Mount Hum Košnički, at 333 meters above sea level, it has dominated the Zagorje area for over half a millennium, during which time the architecture has blended in with nature. The impressive view from Veliki Tabor stretches over the entire Hrvatsko Zagorje area and part of Slovenia.

The oldest part of the fort centre is its central part, the pentagonal castle, whose stylistic characteristics belong to the Late Gothic period. The castle is surrounded by four semi-circular Renaissance towers connected by curtain walls and the walls of the northern entrance part. The fort centre is surrounded by the outer defence wall (the distance from the easternmost to the westernmost points being about 225 metres) with a farm office, a Renaissance bastion, two semi-circular guardhouses (northern and southern), and the quadrangular entrance tower (present only on the archaeological level) through which the access road ran. 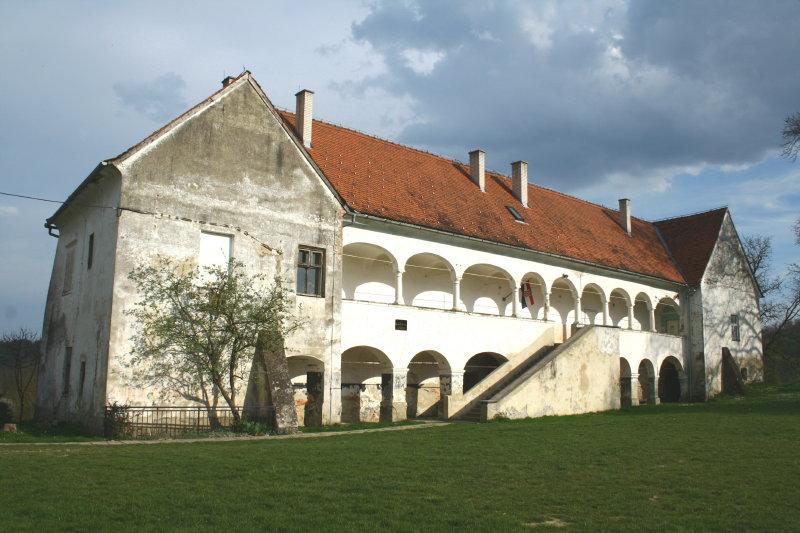 It is assumed that the palace was primarily a housing facility, but fortification elements are present, mostly for defence from cold steel, as opposed to the semi-circular Renaissance towers, used to defend the town from firearms, which is why their bases are slanted, expanded, and hard-packed with soil. Embrasures are situated in the ground-level zone, above the cordon moulding. The first floor walls, broader than those on the ground level, rest on triple stone consoles including a series of drains. In the earlier phase, embrasures were situated on the façades of the semi-circular towers, which testifies to the towers’ fortification role. In the 18th century, the semi-circular towers were remodelled into housing space, the embrasures were closed, and bigger window openings were created.

The castle was property of Counts Celjski, and afterwards of Rattkay Family. According to legend, these parts were once ruled by powerful Count Herman II of Celje. His young son Fridrik, who often went horseback riding across his father’s estate, set his eyes on a frail golden-haired maiden by the name of Veronika. They fell in love, which did not please old Herman. Despite his opposition, Fridrik and Veronika eloped to the town of Fridrihštajn near Kočevje, Slovenia, where they were married in secret. Old Count Herman soon learned of the marriage and dispatched an army to fetch the lovers. Fridrik managed to send Veronika away, and she fled through Gorski Kotar and Mount Kalnik to the village of Sveta Margita. Fridrik was caught by his father’s soldiers and imprisoned in the Celje Tower, a narrow building 23 meters tall, where he spent over four years. The tower has since been called Fridrikova Kula [Fridrik’s Tower]. Veronika was eventually imprisoned by Herman’s soldiers in Veliki Tabor. Herman accused unfortunate Veronika of being a witch who had cast a spell on his son. A trial was organized, which lasted two days. On the evening of the second day, the judges said: “Count, there is no blame to be laid on this girl, much less crime. The only thing is that she is very much in love with your son Fridrik. However, your eminence, love has never been a sin, much less a crime. Love is one of the most beautiful human virtues! This, your eminence, completes our work.” Despite the verdict, as soon as the judges set off on their way, Count Herman issued an order to his castellan that Veronika be killed. A large vat filled with water was put up in the courtyard of Veliki Tabor, in which Veronika was drowned. Her body was built into the wall connecting the pentagonal tower to the castle entrance. Veronika’s wails can still be heard, especially in long winter nights, along with the howling of the wind…

The Sinful Hill, where the lovers met in secretly, still exists and is excellent place for gastronomy, as we have found out.

Next to Grešna gorica, there is also Rural Tourism Trsek, where you can enjoy typical rural settlement, vineyard with old wooden houses (klet) and traditional recipes of Zagorje cuisine. In nearby Gaber is Hajduk winery, that cultivates Graševina, Riesling, Sauvignon, Yellow Muscut, and Grohoćan.

Apart from Veliki Tabor there is another castle Horvatska, in the valley of Horvatska and Sopotnica streams. The family Rattkay built it. Although it needs reconstruction, Horvatska is spending example of 16th century building in this part of Croatia. Yellow tower of the parish Church of Saint George in Desinić is interesting to visit from both inside and outside, particularly because of the historical church items of monumental worth.